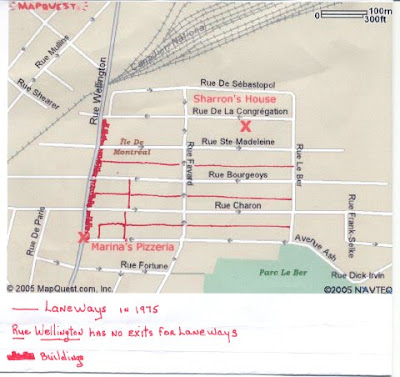 Sharron Prior was 16 years old when she left her Point St. Charles,Quebec home on March 29/1975, off to meet her boyfriend and friends at a local restaurant,only five blocks from her home.She never made it.Her body was found 3 days later in a field.

Cause of death was asphyxiation caused by blood in her lungs.Police believe this happened when her attacker crushed his knee into her chest.She had been raped and her autopsy showed she had several bruises on her face,two fractures on her jaw,on both sides of her mouth.A broken nose and a hole in one cheek,when a tooth come loose during her struggle.

Police believe Sharron had been kept alive for a time and disposed of in the field, in Lonqueuil still alive.When found Sharron was wearing her sweater,shoes & socks and a three quarter length brown suede jacket.

Her jeans and panties were found about 6 feet away from her body.

Also found near Sharron's body were tire tracks,a shoe print and a mans 3/4 arm length shirt,collar size was 17.The impression from the shoe print makes the man about 6' tall weighing about 200 lbs.

The police believe the killer knew the area well.

The field where he dumped her had a padlock which was locked.Only two people had the key,both were questioned by police but not suspected.The question has always been how did the person unlock the gate,the lock was left hanging on the gate afterwards.

The same evening of March 29th within a fifteen minute time span when Sharron left her house another woman was attacked,in the same area where Sharron was heading.Her attacker tried to drag her away,but was saved when some children heard the commotion and came running to help.He was scared off by the kids and ran away.He was described as being about 29 years old, 6'1, 200 lbs with blue eyes and a squared off cut moustache.The man was never caught.

someone knows something.... why can't you do the right thing..

Posted by Sharron Prior website at 12:13 am No comments: