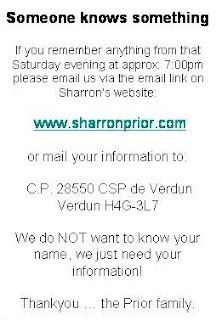 “Never let go of hope. One day you will see that it all has finally come together...
Posted by Sharron Prior website at 10:27 pm No comments:

Frances can NOW! rest in peace!


Someone found the nude and grease-smeared body between a trailer and a wall next to some auto parts at a Cadillac dealership on north Bush Street early in the morning of Sept. 23, 1974.

"Frances was a good person, strong-willed and independent," Joe Esqueda said.
Posted by Sharron Prior website at 11:07 am No comments: 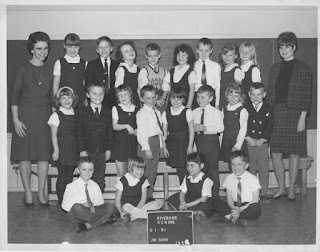 Sharron Grade (1) Riverside School Point St. Charles
She is in the middle row second to the end.
Look at that smile!
Posted by Sharron Prior website at 12:25 am No comments: 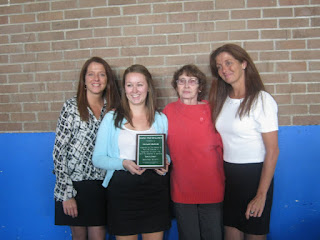 This past Saturday, September 18th 2010, our family was once again delighted to be able to award a young lady the "Sharron Prior Memorial Scholarship " for the sum of $2000.00.

It was an honor to present Kaylah Dupuis this special award.

Kaylah's dad (Robert Dupuis) was a very good friend of Sharron's, and Kaylah's mom (Kim Dryden), Moreen and I went to school together.

Congratulations and best wishes for the future

Posted by Sharron Prior website at 9:50 am No comments: 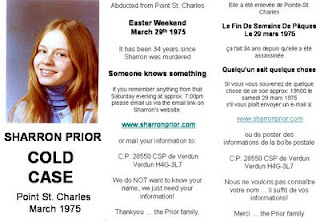 If anyone has any information please do the following.

we DO NOT need your name just your information.

We will not rest, we will leave no stone unturned.
Posted by Sharron Prior website at 8:19 am No comments: 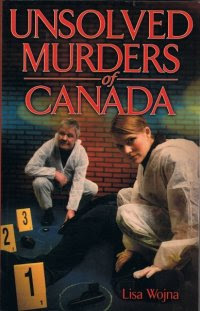 Please go here to read the Face Book page of UNSOLVED MURDERS of Canada written by Lisa Wojna. What a wonderful person Lisa is!

Take a look at how many unsolved cases there are across Canada. Someone might just remember something.

I will add Lisa's link
Posted by Sharron Prior website at 5:20 pm No comments:

Police getting tips in Harrington death

Morgan Harrington disappeared from a Metallica concert at University of Virginia in October ,but was later separated from her friends and went missing.

Harrington's remains were found on an Albemarle County farm outside Charlottesville in January after a massive police search.
Investigators are doing their jobs..

please read How people/strangers/ media and investigators are working together.

Posted by Sharron Prior website at 10:27 am No comments:

It took 22 years before the son of the Killer of 28 year old Lysandra Marie Turpin finally went to the Police to inform them of what he had witnessed when he was 16 years of age. Turpin's life came to an end after weeks of physical abuse, and before the eyes of her murderer's son. And Turpin was apparently not the only victim of such abuse, Quenell said the son told him recently.

After Christie supplied the sheriff's office with a map of where the body had been dumped, a team of detectives, evidence technicians, and sheriff's deputies found teeth, clothing and charred bones. A forensic odontologist positively identified the remains as Lysandra Turpin on Wednesday, according to Philp. The man told deputies his father, Ernest Samuel Christie Jr., kidnapped Turpin, held her hostage in their home in Fieldbrook, and then killed her after weeks of abuse.
The man said his father forced him to help her dispose of Turpin's body in a ditch, cover it with tires and set it on fire. Deputies went to the area and found teeth, clothing and charred bones. On Wednesday, forensic scientists positively identified the remains as Turpin. Christie, Jr. died in June of 2006.

What this young man did after all these years... and then coming forward!!
Christie's son, Ernest Samuel Christie, III is not facing any charges. 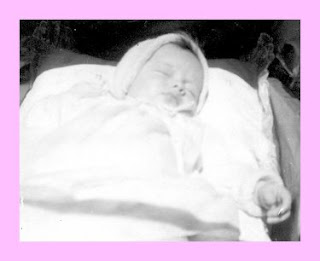 Only 16 years between the Crib + the Grave

Hope is the thing with feathers
That perches in the soul,
And sings the tune without the words,
And never stops at all,

And sweetest in the gale is heard;
And sore must be the storm
That could abash the little bird
That kept so many warm.

I've heard it in the chillest land,
And on the strangest sea;
Yet, never, in extremity,
It asked a crumb of me.

Thirty years later, Yvonne Prior and her twin daughters, Moreen and Doreen, tracked the beekeeper down. He wasn’t a beekeeper anymore; he’d long since left behind the small field where he kept his beehives. But the Priors remembered enough vague details about him to find a possible email address. It took a while. Messages bounced back and were forwarded. Finally, a message appeared in their inbox.

He agreed to meet them at a restaurant. He brought his wife. What were the Priors hoping for? Recollections. Clues. He had always been “the beekeeper” to them, an essential but abstract figure in the most important event of their lives, and here he was, polite and solemn and real. He searched his memory and answered their many questions the best he could.

A couple of hours later the meeting was winding down, the silences between sentences growing longer.

“Would you take us there?” Yvonne asked suddenly. She had not been able to visit the place when it happened. Could not. Would not.

The man didn’t owe them anything. He’d already done more than most people would. Still, he didn’t hesitate.

The area was different. The woods were gone. A truck covers factory had gone up nearby. The small piece of land where the man had once kept his bees was now vacant.

He took them straight to the spot. Yvonne knew from newspaper photographs and maps she’d pored over that he was exactly right about the location. She marveled at his accuracy after all this time.

“It really affected him,” his wife said quietly.

A friend had called him that cold Tuesday morning. Did he know the gate to his beehives was open? That evening he walked over to check out the muddy field.

Yvonne stared at the spot. So many things had changed over the years. Suspects. Buildings. Faces. Memories.

One thing had not changed: the pain.

Murderer caught by his son's DNA

Murderer caught by his son's DNA

A brute who raped and killed a teenager 26 years ago was jailed yesterday...trapped by his son's DNA.

Twisted Paul Hutchinson, 50, was caught when his son gave a sample after being arrested for a car offence.

Police found it was a partial match to evidence left after the 1983 death of Colette Aram, 16.

Father-of-four Hutchinson admitted the murder 25 years after the case became the first killing to appear on BBC1's Crimewatch.

He added: "It was a terrible act which has torn Colette's family apart and left a community haunted. "The killing was clearly premeditated.

You concealed your guilt for more than 25 years and only pleaded guilty when the evidence became overwhelming."

Hutchinson showed no signs of emotion and gazed at the packed gallery where Colette's family sat.

Her mother Jacqui Kirby, 62, now re-married and living in Greece, was comforted by exhusband Tony Aram, 68, and Colette's brother Mark, 45.

Outside Nottingham crown court she said: "We have spent 26 years wondering who murdered Colette. You could see Hutchinson has no remorse. There are still a lot of questions only he can answer."

Colette vanished in Keyworth, Notts, in October 1983 as she made the mile walk to the home of her boyfriend.

Her body was found in a field next day. She had been dragged at knifepoint into her killer's stolen car before being strangled, raped and beaten.

Another DNA case
Posted by Sharron Prior website at 9:09 am No comments:

An advanced type of DNA testing that is male-specific is helping Texas law enforcement solve sexual assaults and other crimes that previously netted inconclusive results.

The Y-chromosome detection analysis is able to extend the evidence collection time from 48 hours on up to 120 hours, experts say.

It separates male DNA profiles from those belonging to females and hones in on tiny bits of saliva, skin cells, semen or other biological evidence.

Although the test has existed for at least eight years, some of the state's larger law enforcement crime labs have only recently become equipped to conduct their own analysis as the courts have become more accepting of newer kinds of technology.

"It's not a common kind of test you use all the time, it takes a considerable amount of work to get those systems up," said John Planz, associate director of the University of North Texas Center for Human Identification in Fort Worth, which has been working to refine the testing kits.

The Texas Department of Public Safety crime lab, which handles forensic testing for a various agencies across the state, including the El Paso Police Department, started conducting its own male-specific DNA tests in the middle of last year, DPS spokesman Tom Vinger said.

The Harris County Medical Examiner's Office biology lab also began using the test around the same time. Since June, it has obtained positive results in 20 sexual assault cases — most involving children — though none of those cases have gone to trial yet.

"Everyone recognizes (this) testing will work when traditional testing doesn't," Dr. Roger Kahn, the Harris County medical examiner's forensic biology director, told the Houston Chronicle. "The number of successes is up. Even we're surprised at some of these."

In the case of a 9-year-old girl who told authorities that a male relative molested her while she slept, there were no witnesses and no semen recovered. Harris County's supervisory forensic investigator Dan Morgan said testing using traditional DNA tests yielded inconclusive results. But testing using the new analysis found a partial DNA profile on swabs and portions of the girl's clothing that matched the suspect's.

Like a black light that causes white clothes and teeth to glow in the dark, the technology in the new test essentially makes the female DNA profile invisible and amplifies any male DNA, no matter how small, that may not have been seen before.

The male-specific DNA tests can also be used to solve crimes involving people of the opposite sex, such as burglaries or homicides that do not involve rape.

But the advanced tests only work in cases where a suspect has given a DNA sample to investigators looking at a specific crime, Kahn said.

All in DUE Time!